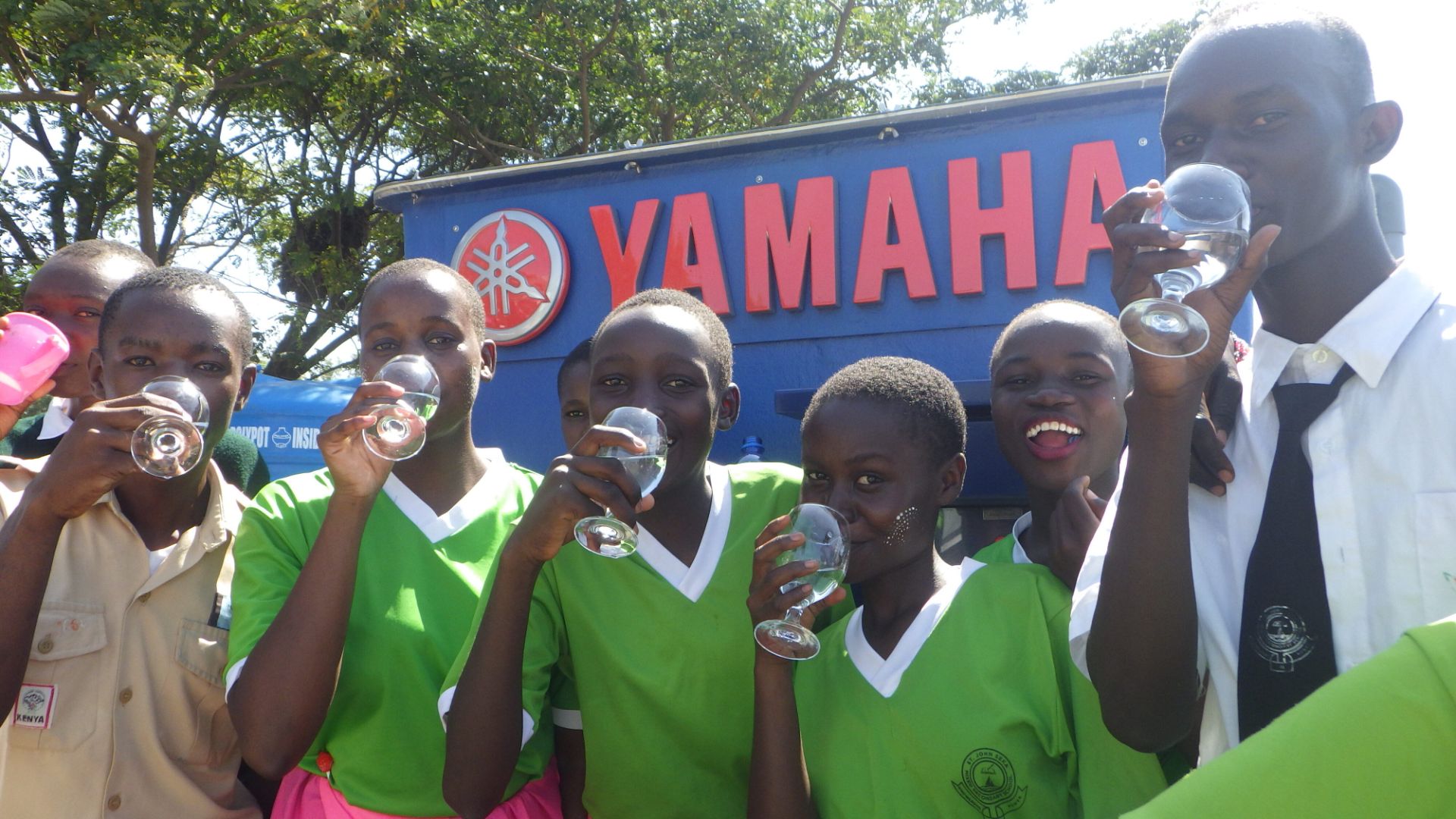 Believing That Changing the Water Will Change Their Lives

The Yamaha Clean Water Supply System (YCW) is a compact water purification system that uses the natural water purification method of slow sand filtration. These facilities have been demonstrably effective in small villages or settlements lacking a source of clean water in developing countries.

In 2022, new YCW units were installed in villages in Kenya and Ethiopia, bringing the total number in operation to 45 across 15 countries, primarily in Africa and Asia. Yamaha Motor aims to further expand the introduction of the YCW through close collaboration and cooperation with governments and international organizations.

Bringing Clean Water to People Around the World

The Yamaha Clean Water Supply System (YCW) is a compact water purification system that uses slow sand filtration, a natural water purification method. It is an effective system for small settlements or villages in developing countries without access to potable water. Operating a YCW facility does not require a large amount of electricity, maintenance by specialists, or special chemical agents, and can be maintained independently by residents.

Access to clean water is a serious issue and part of the UN’s Sustainable Development Goals with SDG 6: Clean Water and Sanitation. To date, it is estimated that 26% of the world’s population—approximately 2 billion people—do not have access to safely managed drinking water services (UNICEF/2020). Yamaha Motor is actively working to introduce the YCW system through cooperation with international organizations, NGOs, Japanese embassies, and other organizations in each target country. At present, 45 units are in operation in Africa and Asia, and the potable water they provide is contributing to the reduction of diseases, freeing women and children from hard work of drawing water, and giving birth to new sources of cash income for residents through water-related businesses, such as delivery services.

OKABE, Norihiko of Yamaha Motor’s Overseas Market Development Operation (OMDO) Business Unit is in charge of introducing YCWs to new locations. “Life really does change when the water changes,” he explains. “We’ve seen this happen in every location and I want to keep growing the number of settlements equipped with YCWs into the future.” A Job Overflowing with Kando

It takes about two weeks to install a single YCW unit and that sees Okabe and other members of OMDO working hard with local residents at the construction site. However, the work itself is not a straightforward process as it often is in countries with highly developed infrastructure. When the YCW system was initially developed, there were almost no instances of an installation moving to completion exactly as planned.

“When water couldn’t be pumped because of an unknown problem with the intake pump, I took the 40 kg pump back to the hotel and struggled for days in the bathtub trying to find the culprit,” shares Okabe. “We’d face unforeseen issues one after another, like if the plumbing got clogged, we’d head into the river with the locals to inspect it, or when working at high elevations in Ethiopia, we’d be battling altitude sickness together, and so on.”

All the memories that come to his mind are of dealing with problems, but his face speaks of the incredible fulfillment he gets from his job. “It’s because I’ve seen the big smiles of the villagers the first time clean water comes out of the faucet after all the struggles and hard work.” And as they begin to rejoice, sing, and dance, Okabe maintains that it is a scene overflowing with Kando.*

Today, the storage tanks and other parts for YCW units are manufactured in Indonesia and exported to their destined countries. “But I feel to bring clean water to more people and communities, we need to set up a means for local production,” admits Okabe. In short, the local production of YCW systems is where he now has his focus trained on, i.e., the next big challenge for the project. 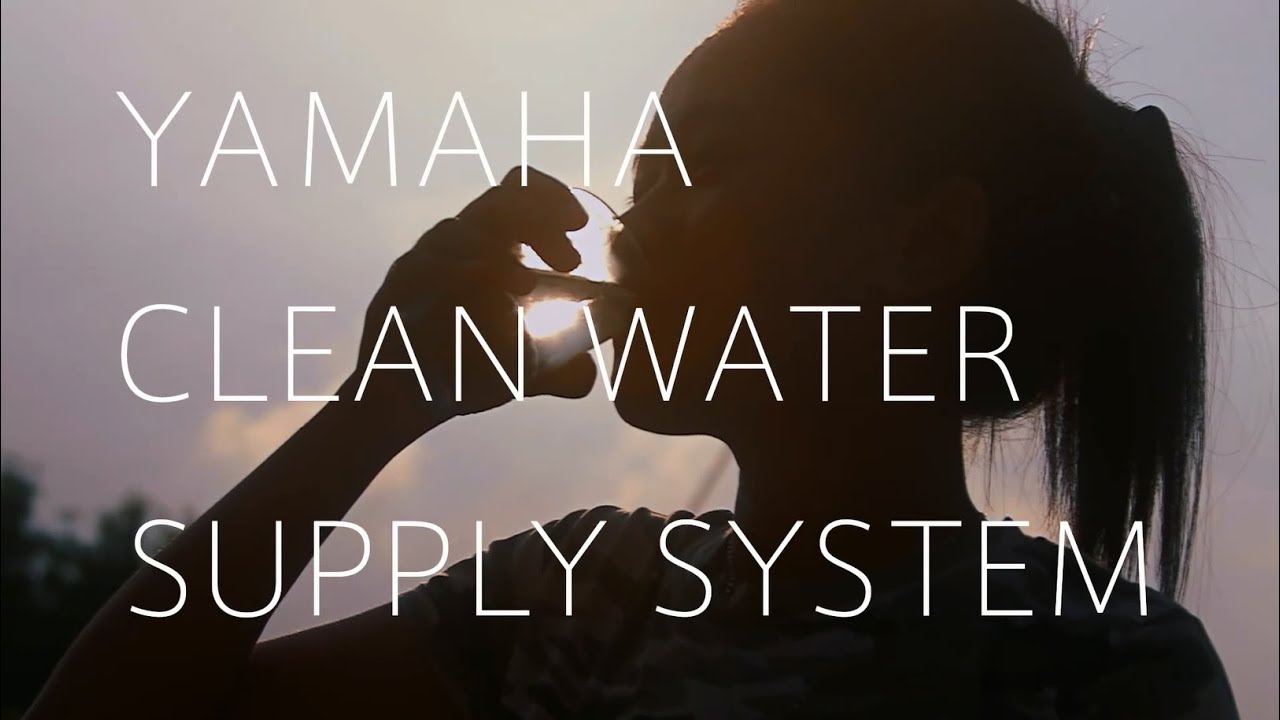