Yamaha Motor Europe is delighted to announce a record number of riders have registered to contest the YZ bLU cRU FIM Europe Cup in 2022. 395 young riders will race Yamaha's YZ65, YZ85 and YZ125 motocross bikes in 21 countries across Europe, as they compete for a place at the prestigious YZ bLU cRU FIM Europe Cup SuperFinale, which will take place this year at the MXGP of Charente Maritime in St Jean d’Angely, France from the 19th-21st of August.

The YZ Cup series has increased in popularity season on season. 2022 promises to be more competitive than ever with the number of entries increasing by 20% compared to 2021 and riders registering from countries as far afield as Australia and Paraguay.

The riders will compete throughout the season in their respective national championships, with points counting towards their standing in the YZ Cup. The top 40 riders from each of the three classes will be invited to race alongside their sporting heroes during the MXGP of Charente Maritime, the final European round of the 2022 FIM MXGP World Championship, at the YZ bLU cRU FIM Europe Cup SuperFinale.

The top three finishers together with two wildcards from each class at th SuperFinale will earn a place at the Yamaha bLU cRU Masterclass, an exclusive two-day event featuring expert tuition from Yamaha's factory MXGP and MX2 riders.

At the end of the Masterclass, one YZ125 rider will be awarded a fully supported ride in the European Championship, emulating 2021 winner, 16-year-old Frenchman Adrien Petit, who this year is racing for the JK Racing Yamaha EMX125 Team. In addition, one rider from each of the YZ65 and YZ85 categories will receive support and GYTR parts for their 2023 season, just like last year's winners, 11-year-old Dane Bertram Thorius and 13-year-old Swiss rider Noe Zumstein.

Registration is now closed for this season, but registration for the 2023 edition of the YZ bLU cRU FIM Europe Cup will open on the 18th of August 2022.

Discover our Off Road Competition models 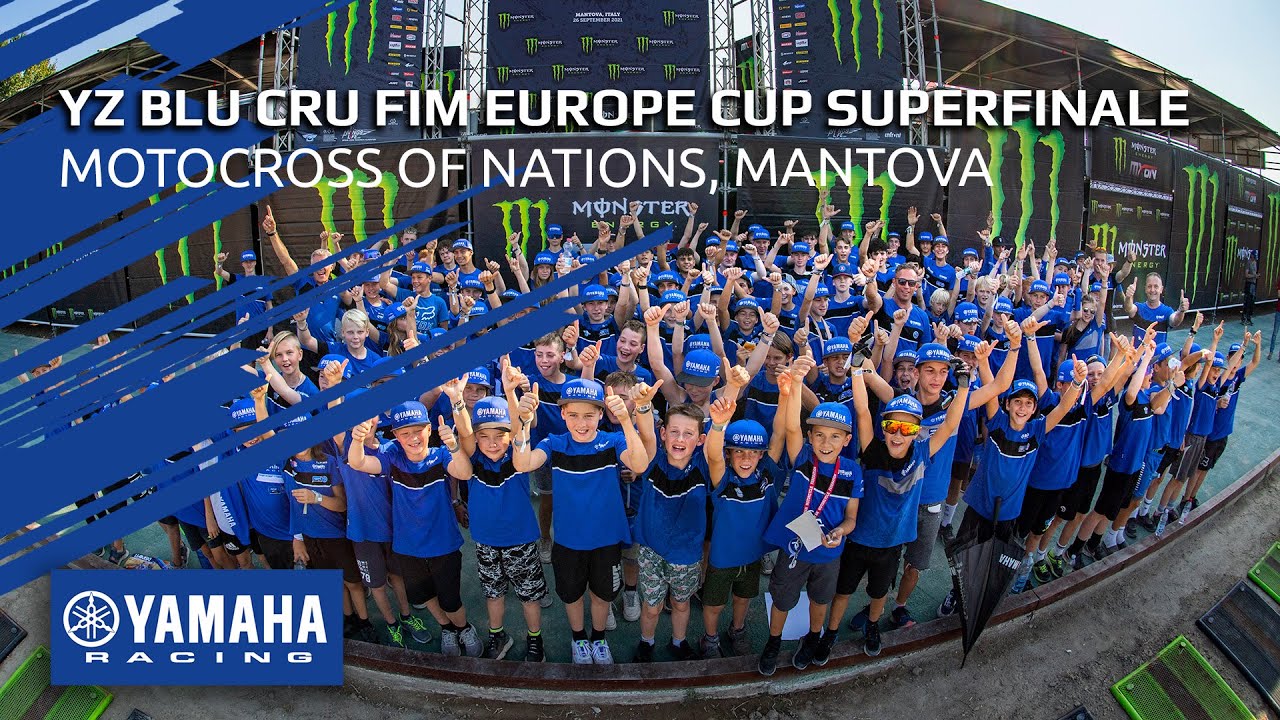