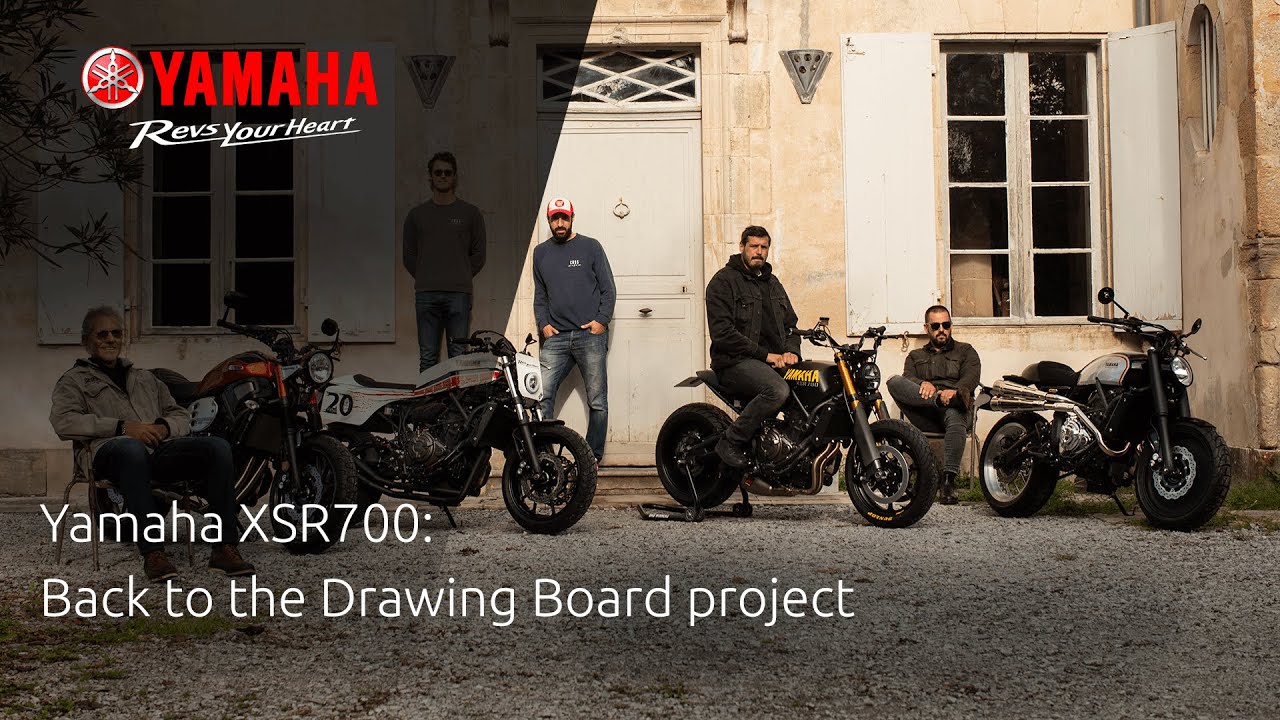 From French drawer Barbara Motorcycle comes the XSR700 “Disruptive”, an aggressively designed black and gold bike that channels Yamaha flat track bikes from American oval racing in the 1970s. By blending the XSR700’s inherent cutting-edge technology with a variety of genuine Yamaha and custom parts, the designer have created a truly eye-catching Yard Built for Back to the Drawing Board.

Building from their Parisian workshop, Bad Winners was founded in 2011 by duo Walid and Benoit. Boasting a strong pedigree in classic-style Yamaha custom builds including the XJR1300 ‘Muscle Retro’ and XT600 Supermoto, Bad Winners have also produced prestige bikes such as a special for Formula 1 driver Charles Leclerc. With a new challenge and brief in Back to the Drawing Board, the duo have produced an eye-catching modern Yamaha build with the XSR700 ‘Disruptive’.

he XSR700 Disruptive’s dominant features are its muscular new tank and slimline seat unit, both molded from carbon. At the front, the custom upper triple clamp fits forks taken from the R1 with custom sheaths for protection. A raised handlebar gives increased manoeuvrability, with a custom Koso LED headlight and mount completing the bike’s face. At the rear, a new LED light moulded into the rear archgives it added practicality.

Bad Winners also overhauled the cockpit, with parts from Motone Customs and Motogadget giving new life to the dash, complemented by bar-end indicators. The braking system was revamped also, with a Beringer Supersport set of master cylinder, levers and discs installed for extra stopping power on the track. The bike’s stock 689cc engine was untouched but an Akrapovic titanium line side-exit exhaust lets the engine run with brand new sounds, with K&N cones added for extra performance. Other unique customisations from Bad Winners include:

Brought to life with stunning gold Yamaha lettering on matte black body panels, Bad Winners’ XSR700 Disruptive takes Yard Built in another exciting new direction. Evoking memories of 1970s flat track and almost-comic book style lines, the Disruptive is true to its name in its aggressive and purposeful appearance. It takes the already future-retro XSR700 and elevates it to a new level of Yamaha heritage.