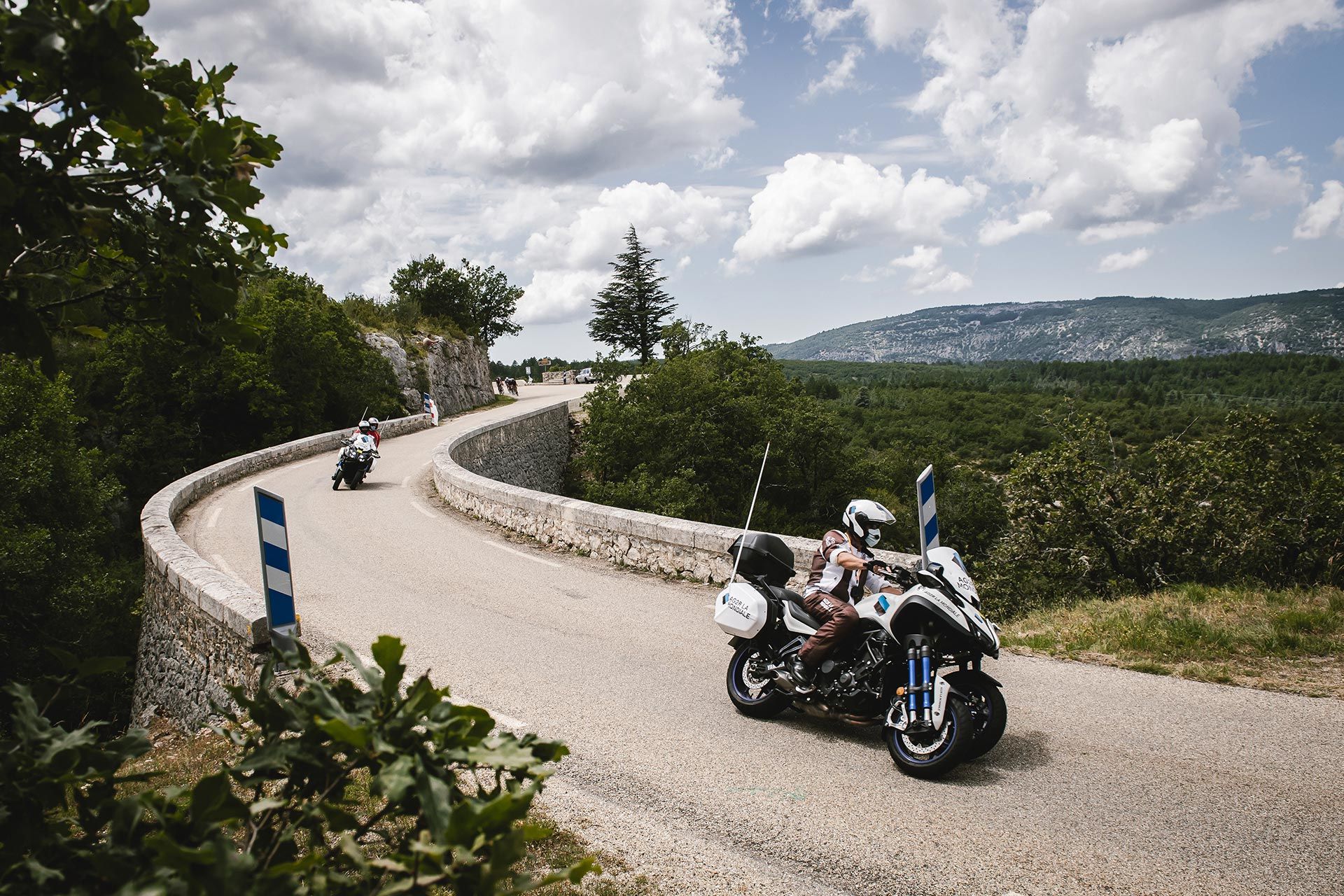 The Tour de France is an annual multiple stage bicycle race primarily held in France, while also occasionally passing through nearby countries. Like the other Grand Tours, the Giro d'Italia and the Vuelta a España (La Vuelta), it is one of the world’s most prestigious and most difficult bicycle races.

The race was first organized in 1903 to increase sales for the newspaper L'Auto and has been held annually since its first edition except for the years of the two World Wars. While the route changes each year, the format of the race stays the same, with an epic finish on the Champs-Élysées in Paris. Organized by ASO, the collaboration with Yamaha started in 2019 introducing the revolutionary NIKEN as official race support vehicle and continues on as the partnership with the Grand Cycling Tours was prolonged in 2022.

Besides the Tour de France the organizer (A.S.O.) is responsible for a long list of Cycling Races that are also supported by the NIKEN fleet provided by Yamaha Motor Europe. Amongst these races are a great number of classics like;