No one has achieved more Grand Prix motorcycle racing titles and race victories than Giacomo Agostini. Over his career the Italian was crowned world champion 15 times, two of which came during his three years with Yamaha, stood on the top step of the podium on 122 occasions and conquered the Isle of Man TT and the Daytona 200.

Agostini started his racing journey in hillclimb events, finishing second on his debut in 1961, before winning his first title in the 1963 Italian Hillclimb Championship. That performance led to a one-off appearance in the 250cc World Championship at Monza that year, and by 1964 he was already a factory ride with Moto Morini.

Despite only making two starts in the 250cc championship that year, he made an enormous impression on the paddock and was brought into the MV Augusta team for 1965, contesting the 350cc and 500cc classes. In his first full season, the then 22-year-old won four Grands Prix and finished runner-up in both championships.

His first title came the following year in the 500cc championship, where his raw speed and consistency gave a hint at what would come over the next decade. He also won his first Isle of Man TT that year in the 350cc class.

In 1967, he was 500cc champion again before he stepped it up another gear from the 1968 season onwards. ‘Ago’ would win every Grand Prix race between 1968 and 1970 in both the 350cc and 500cc classes, winning six Isle of Man TT races and surpassing all the motorcycle racing greats that came before him.

1971 and 1972 brought four more titles, meaning he had won all of the last 11 riders’ championships in 350cc and 500cc. He missed out on the 1973 500cc championship, but topped the standings for the 13th time after taking top honours in the 350cc class. After eight years racing a four-stroke, he switched to Yamaha and two-stroke power for the 1974 season, impressed by the developments he had seen in recent seasons. 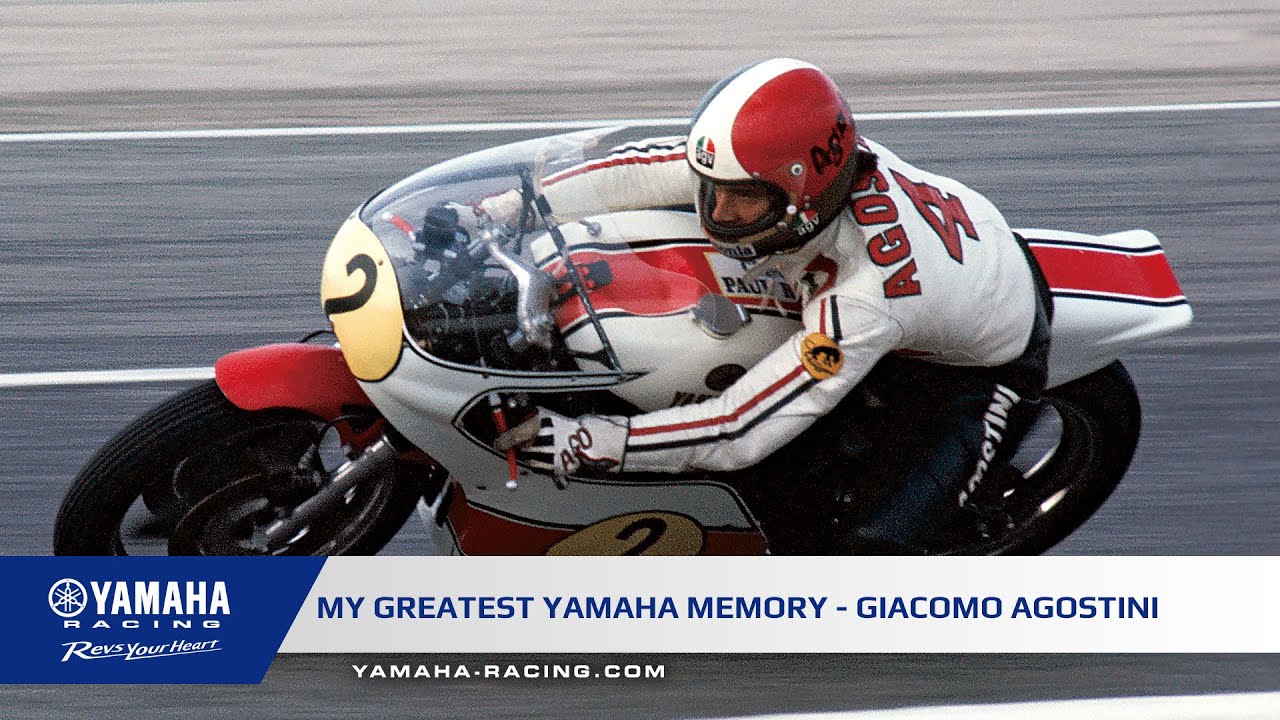 A Daytona 200 debut to remember

Agostini’s first race with Yamaha would be at the Daytona 200, which the manufacturer had been victorious at for the past two years. It was the Italian’s first attempt at the famous American event and he’d be up against the likes of reigning AMA champion and home favourite Kenny Roberts.

At the 3.84-mile circuit, Agostini would be getting his first taste of the TZ750, his maiden outing on a two-stroke machine. Many European fans had made the journey to the Daytona International Speedway, as the race attracted worldwide attention due to Ago’s presence.

He stormed into the lead in the early stages of the 200-mile race, but the huge physical demands of controlling the bike through the banked corners and technical in-field section saw him briefly stop at the race’s halfway point due to dehydration.

Determined not to disappoint the travelling fans, Agostini powered through the pain to take victory by around 25 seconds to Roberts, helping Yamaha to a third consecutive Daytona 200 victory and putting the event on the world map.

That year, Agostini was crowned 350cc champion with Yamaha, winning all events he contested, but injuries and mechanical issues saw him miss out on the 500cc title. He would return in 1975 to claim his 15th and final 500cc championship aboard the YZR500, which had just been introduced two seasons before.

After retiring from Grand Prix racing in 1977, Agostini switched to four wheels and spent two seasons in the British Formula One Championship, managing numerous podiums, before turning to team management with Yamaha in 1982. He won three world titles with Eddie Lawson and led Graeme Crosby, Roberts and Lawson to Daytona 200 victories.