"I want to carry out trial manufacture of motorcycle engines." It was from these words spoken by Genichi Kawakami (Yamaha Motor's first President) in 1953, that today's Yamaha Motor Company was born. Genichi Kawakami was the first son of Kaichi Kawakami, the third-generation president of Nippon Gakki (musical instruments and electronics; presently Yamaha Corporation). Genichi studied and graduated from Takachiho Higher Commercial School in March of 1934.

In July of 1937, he was the second Kawakami to join the Nippon Gakki Company. He quickly rose to the position of manager of the company's Tenryu Factory Company (musical instruments) and then Senior General Manager, before assuming the position of the fourth-generation President in 1950 at the young age of 38. In 1953, Genichi was looking for a way to make use of idle machining equipment that had previously been used to make aircraft propellers.

Looking back on the founding of Yamaha Motor Company, Genichi had this to say: "While the company was performing well and had some financial leeway, I felt the need to look for our next area of business. Demand is something we create. So, I did some research."

He explored producing many products, including sewing machines, auto parts, scooters, three-wheeled utility vehicles, and…motorcycles. Market and competitive factors led him to focus on the motorcycle market. Genichi actually visited the United States many times during this period. When asked about this decision, he said, "I had my research division chief and other managers visit leading motorcycle factories around the country. 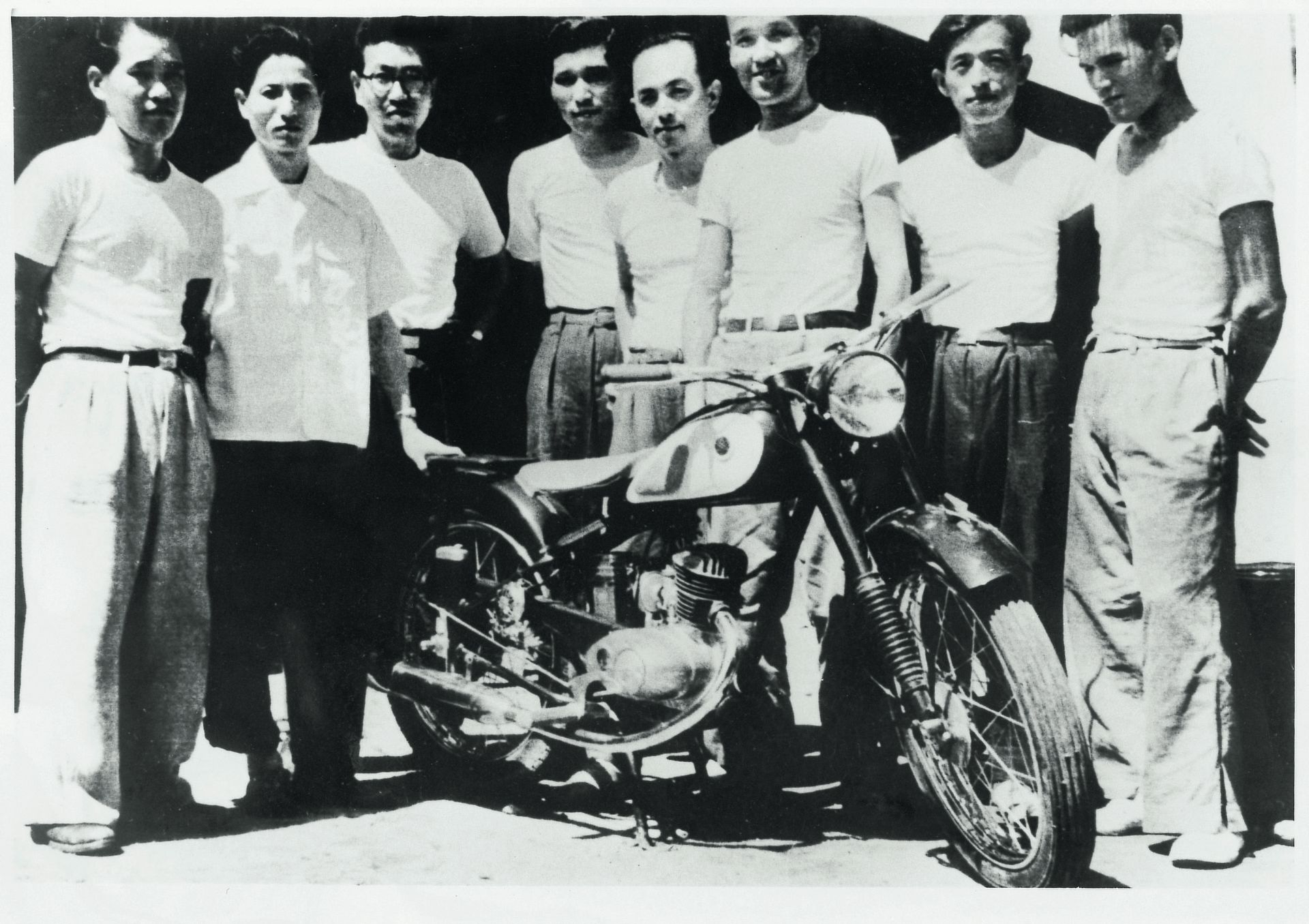 First trial-manufactured YA-1 and its technical team.

By the late 1960s, Yamaha had quality products that had proven themselves in the global marketplace based on superior performance and innovation. Distribution and product diversity were on the right track. But Genichi knew that beyond quality, success would demand more. He had this view on the power of original ideas. "In the future, a company's future will hinge on ideas over and above quality. Products that have no character, nothing unique about them, will not sell no matter how well made or affordable…and that would spell doom for any company."

He also knew that forward vision, walking hand in hand with original ideas, would create an opportunity for the company and its customers that could mean years of happiness and memorable experiences. Genichi: "In the business world today, so many people are obsessed with figures. They become fixated on the numbers of the minute and without them are too afraid to do any real work. But in fact, every situation is in flux from moment to moment, developing with a natural flow. Unless one reads that flow, it is impossible to start out in a new field of business." A real-world illustration of this belief is the Yamaha DT-1. The world's first true off-road motorcycle debuted in 1968 to create an entirely new genre we know today as trail bikes. The DT-1 made a huge impact on motorcycling in the USA because it was truly dirt worthy. Yamaha definitely "read the flow" when it produced the 250cc, single cylinder, 2-stroke, Enduro that put Yamaha On/Off-Road motorcycles on the map in the USA. The DT-1 exemplified the power of original ideas, forward vision, and quick action coupled with keeping in mind the customers' desires. In years following Yamaha continued to grow (and continues to this day). Diversity increased with the addition of products including snowmobiles, race kart engines, generators, scooters, ATVs, personal watercraft and more.

Genichi Kawakami set the stage for Yamaha Motor Company's success with his vision and philosophies. Total honesty towards the customer and making products that hold their own enables the company to serve customers all over the world and provide an improved lifestyle through exceptional quality, high performance products. It is because of his strong vision and believes that Yamaha employees throughout the world still today design, create, engineer and manufacture with great passion products and services that are intended to bring customers KANDO. 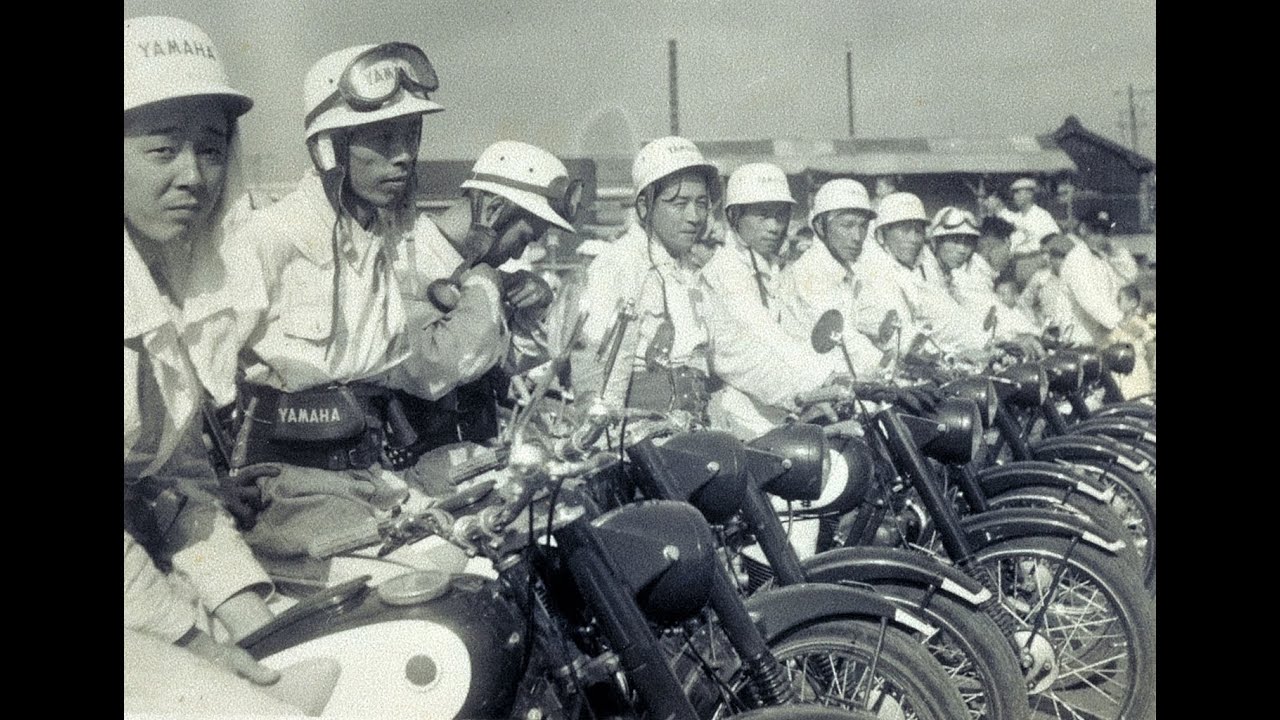