Moving You Vol. 7 "Made in Mauritania: An Instructor-trainee Relationship without Borders" 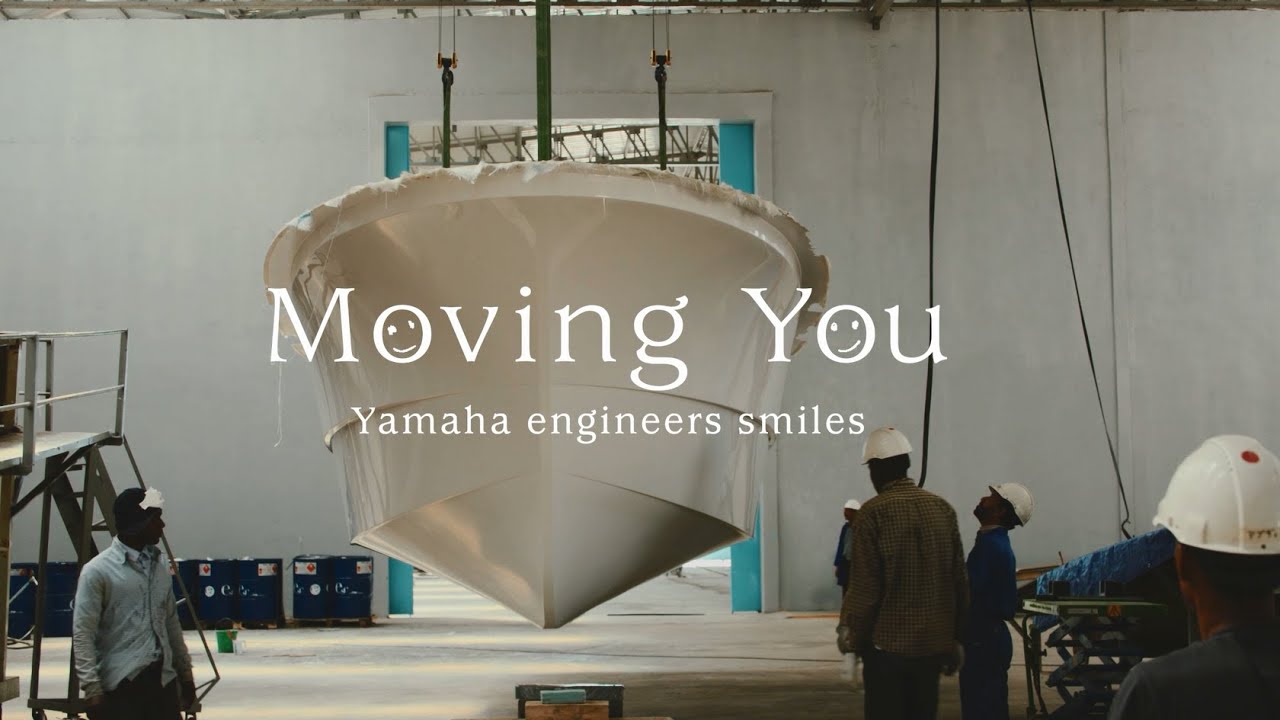 At a recently completed boatbuilding factory in a port city in northwestern Mauritania, production has started on a long-awaited new type of fishing boat that carries the hopes of people here for the development of a prosperous fishing industry. Instructing the factory's employees in the construction methods and expertise needed to build these new boats is a veteran engineer from Japan with the spirit of a true craftsman. At times, he is strict and demanding, but at other times, he shows embracing warmth, communicating the intricacies of the boatbuilding process and sharing the great excitement and satisfaction when the job is done.

The fiber-reinforced plastic (FRP) used for making the hulls of fishing boats and pleasure-use boats is lightweight, very strong and lends itself well to high-precision shaping and processing. Since the marketing of our first FRP motorboat model in 1960, Yamaha Motor has continued research and development of FRP technology for over half a century. It is now one of the company's core competencies and is applied in a variety of products, including our swimming pools.

Yamaha first began using FRP to build fishing boats in Japan. Using its FRP technology, Yamaha succeeded in replacing the predominantly wooden fishing boats of the time with ones made of strong and highly durable FRP while maintaining the same shapes and functions of the traditional wooden boats. Over the many years since these Yamaha FRP boats first went into use on the waters of Japan, they have been continuously improved and have evolved into the trusted partners of fishermen as well as the mainstream form of highly versatile work boats.

The high-precision molds for shaping hulls and the processing skills used by the workers involved in the construction of these FRP fishing boats tried, proven and strengthened in use on Japan's waters have also been put to use overseas in the form of technical assistance projects. Today, boatbuilders in 14 countries in regions like the Middle East, South America, Asia and Africa use Yamaha Motor boat molds and processing technology in the local manufacture of fishing boats, work boats, pleasure-use boats and other types.

Since the start of these Yamaha technical assistance projects in 1974, approximately 78,000 boats have been built around the world.In the port city of Nouadhibou situated at the northern end of Mauritania's Atlantic coastline, a new boatbuilding factory was constructed in 2014 as part of Yamaha Motor's technical assistance project. The boats being produced here are 14 meter long fishing boats. At the core of the manufacturing process are molds sent from Japan, and the skills of a specialist with a wealth of experience in the delicate processes involved in FRP boat construction—Tsuneshige Nozaki.

He is an FRP processing professional who has spent many years passing on his boatbuilding expertise to people all over the world. He has spent about 230 days in Nouadhibou for the construction and completion of the new factory, and then the instruction of employees from the Mauritanian government-affiliated company COMECA S.A. in the skills of FRP boatbuilding with Japanese-style manufacturing quality control and Yamaha product quality standards. The firm and demanding posture he must assume in his instruction at times has an important purpose. “I want to be sure that after I leave, they will be able to continue working with confidence and pride in their work; especially because I want to see the lives of people here in Mauritania enriched by these developments in the boatbuilding and fishing industries,” says Nozaki.

He has helped build a “bridge of technology” based on a borderless relationship of instructor and trainees. In the near future, around 100 new FRP fishing boats will have been built here in Nouadhibou and the harbor will certainly resound with the ring of happy voices as people bring in their catches.