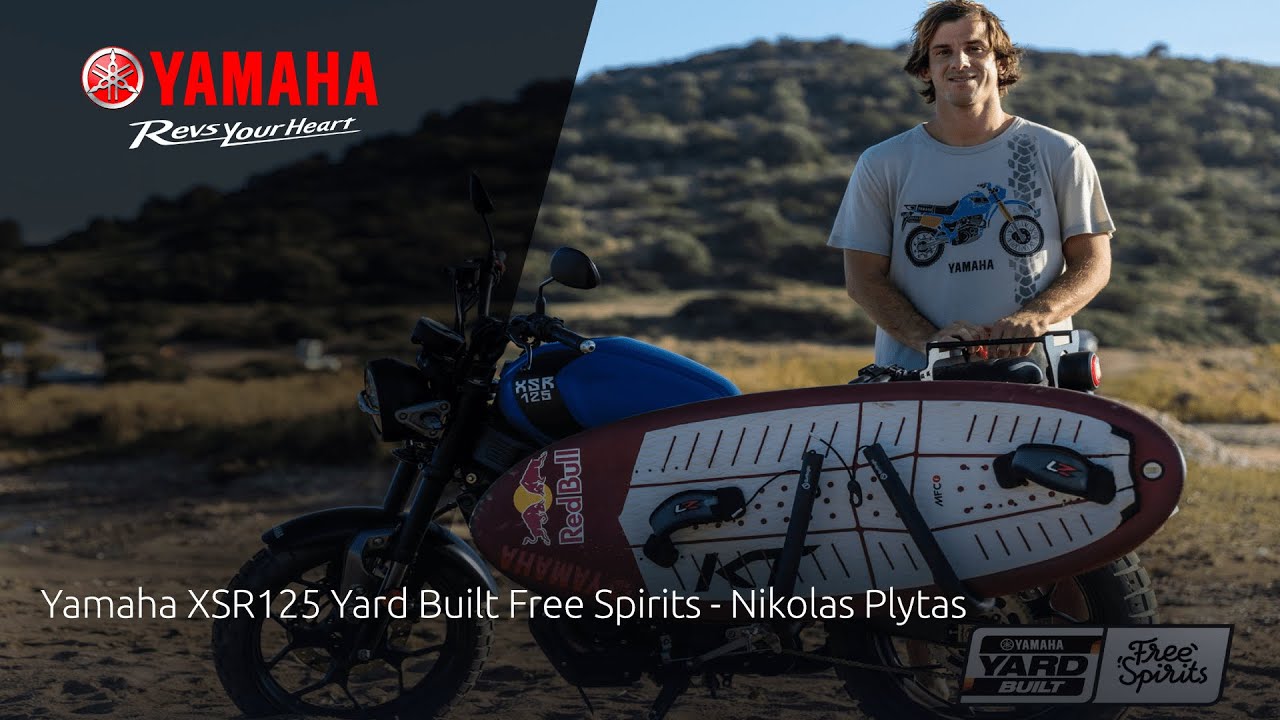 Through the years many Yard Built projects have been presented on stages world wide – ranging from very complicated builds to lighter adaptations. The new XSR125 gave a new take on how you can modify a bike – not for the sake of modifying – but also with a greater purpose. A method that serves a special goal, set by its owner. We call that the Yard Built for Free Spirits – where not the build nor builder is the centerpiece, it is the eventual owner and rider of the bike.
Whatever his or her purpose, the motorcycle must be optimized for their needs.

The first born Yard Built for Free Spirits has been created in cooperation with the renowned superstar water sporter: Nikolas Plytas. Rather well known for his incredible sportsmanship on the water, the slope and often in the air, he was challenged to think of a way to match the XSR125 even better to fit his personal and extreme lifestyle.

That's why the bike has a unique look, designed to move on the edge between land and sea. As Nikolas says: ‘Nature is my playground. When everybody sees just snow or water, I see a whole riding terrain, with plenty possibilities in it.” This is the premise on which the XSR125 'Free Spirit' was conceived.

The XSR125 fits the scope of the project and most of all, Nikolas’s needs;  “Together with Yamaha, we decided that that the motorcycle that suits my needs the most, is the brand new XSR125. It’s a very beautiful bike. It’s very easy to learn how to ride it and it can be very easily customized. To me, three elements of the customization matter the most. Aesthetics, functionality and performance.”

Nikolas’s ideal design derives its inspiration from the original Dakar bike, the XT500 in the legendary blue color. Similar to that fashion the tank was painted in that style and the side covers of the bike received black and white Yamaha logo’s.

In order to be able to ride on the beach with greater ease, wider off-road tires were fitted. Fixings were added to hold Nikolas' surfboard and wakeboard. One of the most unusual modifications is the addition of a winch to the rear of the bike. This winch allows Nikolas to be propelled on his wakeboard on the water. Fitting the winch to a tree or rock, he can train almost anywhere. With his custom XSR125, the Greek athlete can easily get to the best places, while carrying the necessary equipment. So, Nikolas has the freedom to ride anywhere he wants.

In addition to these modification, the bike has also receives some OEM upgrades -  with the addition of LED indicators at the front and rear. Also part of the selection of  original Yamaha accessories are the headlight protector and a sporty license plate holder. These accessories, available in the Yamaha catalogue, make the personalization of each bike even more accessible, giving them a unique character, according to the owner's taste.