He may not seem like your stereotypical surfer, but Garrett McNamara’s multiple tow-in big wave surfing world records speak for themselves. A pioneer of the extreme sport, the American has travelled all over the world for years in search of the Everest of waves. That wave would come off the coast of Nazaré, Portugal, but it was his surf at ‘Jaws’ that McNamara remembers most fondly.

Born in Massachusetts, McNamara’s surfing journey began when he moved to the North Shore in Hawaii at 11 years old and instantly fell in love. After riding smaller waves off the coast of Oahu, he entered the Hawaiian Triple Crown Series, beating more experienced opposition.

Now officially a professional surfer, McNamara headed to Japan where he learnt the language and became hugely popular. He enjoyed success around the world but suffered a setback in 1989 when he broke his ribs riding a large wave in Oahu.

He returned to the board in 1992, but his journey would take an upwards turn at the beginning of the millennium when he began tow-in surfing. In this extreme form of surfing, McNamara would be pulled by a WaveRunner out to the faster big waves further ashore, regularly taking on behemoth-sized waves between 20 and 40 feet.

Tow-in surfing had begun back in the early 1990s and over the decade it became increasingly popular. By 2001, McNamara had already sighted his first major tow-in event at Pe’ahi off the coast of Maui, Hawaii, best known to surfer enthusiasts around the world as ‘Jaws’ due to its unforgiving nature and 70-foot waves. 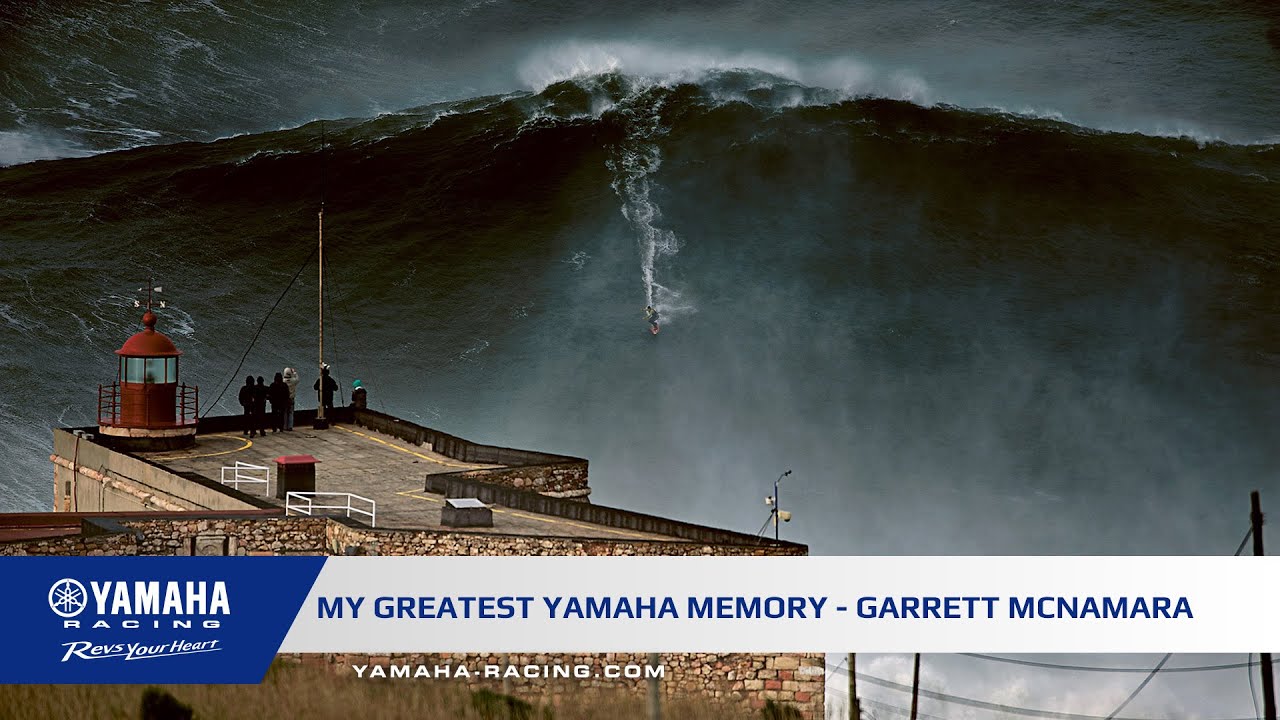 McNamara’s “most memorable moment in the ocean”

He and tow-in partner Rodrigo Resende began training for the 2002 Tow-in World Cup at Jaws, which would take place on 7 January, usually the best time for bigger waves to form.

On that day, the conditions were perfect and the ocean was filled with surfers looking to catch the biggest wave they could. On McNamara’s run, he was towed at speeds close to 50mph, before firing over the crest, releasing the rope as he hurtled down the face of the wave.

He entered the barrel with the wave crashing around him, powerful enough that day to completely destroy surfboards, and was pulled towards the vertical cliff-like face of the wave.

McNamara felt he was close to falling, but at the last second he was thrown out and landed in front of the other side of the wave. He raised his arms in a release of adrenaline and enjoyment after what he describes as his “most memorable moment in the ocean”.

It was enough to win him Tow-in World Cup, but after a night of celebration he switched his focus to chasing the next big wave. That saw him embark on his next and most extreme project, which saw him riding a tsunami formed by ice calving around Alaska.

He and his team would become the first to ride a tsunami in 2007, but his search for the biggest wave continued after he was invited to Nazaré on the coastline of Portugal, which harboured Europe’s largest undersea canyons that were said to produce monster waves.

In 2011, he ventured there and surfed what would turn out to be a world record wave, measuring 78 feet from peak to trough. That achievement put Nazaré on the surfing map and it’s now recognised as the pinnacle for any Big Wave Explorer around the world. Two years after that achievement, McNamara rode what was thought to be a world record 30-metre wave, again at Nazaré.

Now, the softly spoken extreme sportsman focuses on various environmental projects, and is a Yamaha ambassador, having relied on the marque’s WaveRunners to help keep him safe on some of his most dangerous endeavours.