No one has won the Dakar Rally more times than Stéphane Peterhansel. Since his debut in 1988, ‘Monsieur Dakar’ has taken 13 victories in total, and six of those came in the motorcycle class at the famous endurance event in the 1990s with Yamaha.

Peterhansel’s love affair with off-road racing began as an eight-year-old boy, training on motocross circuits before he found his other talent – skateboarding. He was French Downhill champion aged 14 and was soon taking part in European championship rounds.

In 1980, Peterhansel decided to fully commit to motorcycle racing and his natural ability was first displayed with a number of French enduro race wins. He was the 1983 French Enduro champion in his first full season and won numerous supercross, enduro and other off-road events.

It was in 1987 that former Yamaha Motor France CEO Jean-Claude Olivier convinced Peterhansel to contest the 1988 Paris-Dakar on a YZE750 Ténéré. On the 13th stage, Peterhansel took a dominant maiden stage win at the Dakar, while that year he was also crowned Enduro World Champion.

For a second Dakar attempt, Peterhansel showed the world exactly what he was capable of. After winning the first stage, he added five further victories in Niger, Mali and finally in Senegal to finish fourth overall. 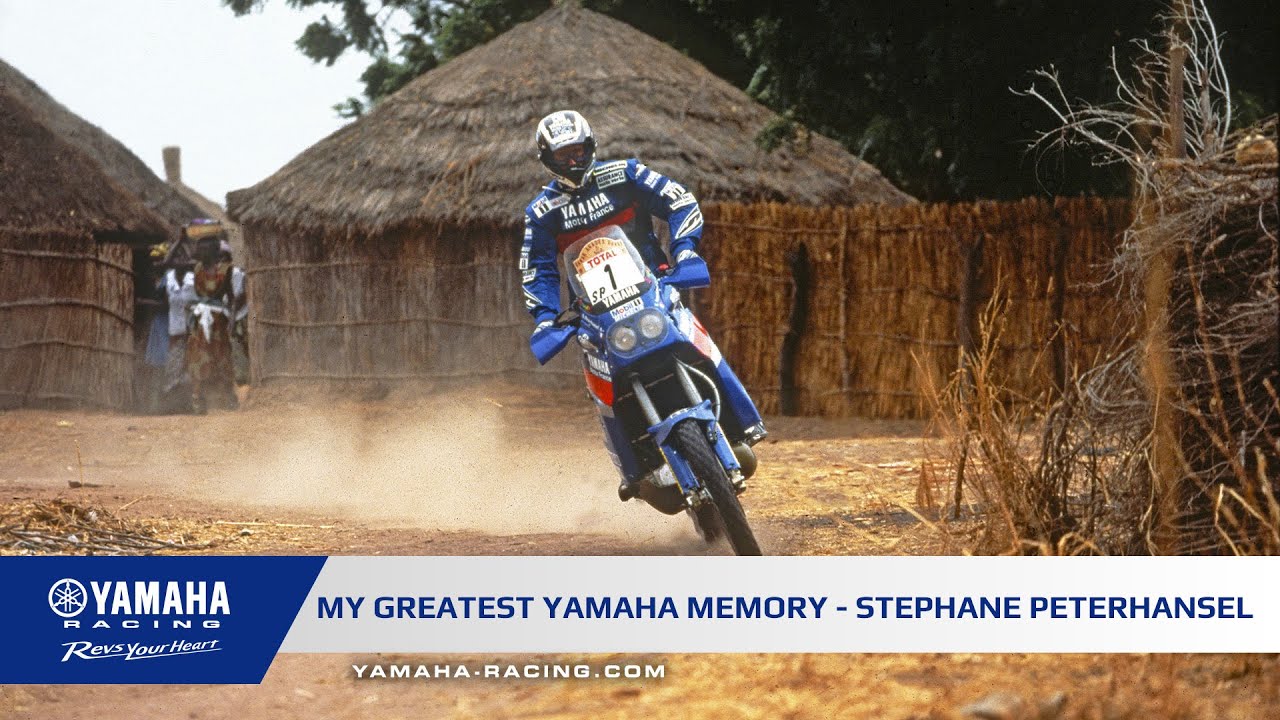 After a non-finish in 1990, an event that he led in the early stages, Peterhansel returned to the Dakar Rally in 1991 to ride the brand-new Yamaha YZE750T, which boasted better performance at mid to low speeds.

Now with three years’ vital experience of the Paris-Dakar event, Peterhansel moved into the rally lead on the fifth stage between Dirkou and Agadez, and although he managed just one stage victory, his consistent and levelled performance saw him deservedly crowned the 1991 Dakar Rally winner, giving Yamaha its first in 10 years.

1992 brought Peterhansel his second Dakar victory, which finished for the only time in Cape Town, South Africa, with four stage wins on the upgraded 850cc Yamaha. The following year, the Frenchman would make it three in a row, recovering from an early issue to win as the finish returned to the Senegalese capital.

Peterhansel sat out the 1994 season, with Yamaha forced to pull out due to regulation changes but returned in style with an updated XTR860TR. Starting in Granada, he battled with rival Jordi Arcarons throughout, charging to victory in four of the last five stages to win a fourth Dakar Rally title.

In 1997, Peterhansel matched Cyril Neveu record with his fifth Dakar Rally win, after arguably his most impressive performance yet, taking seven victories and winning by over two-and-a-half hours.

The following event saw Peterhansel become the most successful motorcycle rider at the Dakar Rally, with three victories and a strong run of top-three finishes taking him to a sixth title. It would be his final foray at the Dakar Rally on a bike, as he then turned his attention to competing on four wheels.

Over the next two decades, Peterhansel would claim seven Dakar Rally victories with three different manufacturers, the first of which came in 2004. To date, he has won 80 stages and in 2019 was champion of the FIA World Cup for Cross-Country Rallies, winning the Abu Dhabi Desert Challenge.