When you think of the great Grand Prix Yamaha riders, Wayne Rainey is always amongst the first on the list. Six years in the 500cc class brought three riders’ world championships for the American, and he will forever be known as a legend of the sport.

His career was tragically cut short when he was paralysed in a crash at Misano in 1993 while chasing his fourth title, but with 24 wins, 65 podiums and 16 pole positions he still ranks today as one of the most successful American riders in the world championship.

Rainey entered the professional scene in 1979, joining the AMA Grand National Championship racing in mainly short oval dirt-track events. The following season he found himself riding in club-level road racing series and started to realise his true talents lay on the asphalt.

After winning the 1981 AMA National Road Race at Loudon – which he entered wearing his off-road leathers and boots – Rainey joined the AMA Superbikes class for his first full major season in road racing. His first race victory came again at Loudon and on his maiden championship effort he was third in the standings.

In his second campaign and with a full season of experience, Rainey was unstoppable in the 1983 AMA Superbike Championship, claiming his first title before switching to the 250cc Grand Prix World Championship with Kenny Roberts’ new team on a Yamaha TZ250. He managed a podium in his second outing and finished eighth in the standings.

For 1985, Rainey returned to the United States to contest the 250 Grand Prix championships and AMA Formula One with his sights on returning to Europe in the 500cc class. Further success followed and in 1987 he won the AMA Superbike title after a titanic battle with future rival Kevin Schwantz. 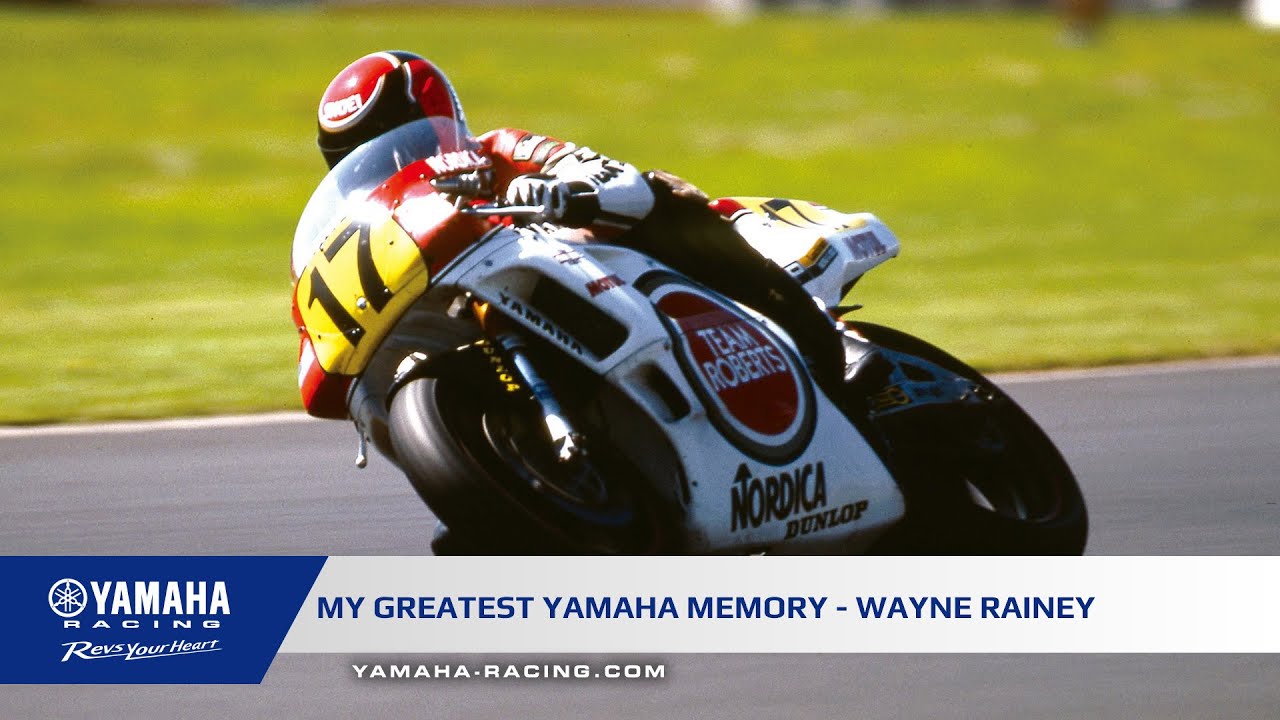 Rainey and Yamaha on top of the world

For the second time in his career, Rainey joined a Kenny Roberts-backed Yamaha team in the world championship, this time riding a YZR500 capable of challenging for the 500cc title.

Rainey was immediately recognised as a potential future champion, taking six podiums and winning his maiden 500cc race at the 1988 British GP from Donington Park, which would be enough to see him finish third in the standings.

The following year, Rainey built a championship challenge, taking victory in his home state of California at Laguna Seca, winning again at the German GP at Hockenheim, and the Dutch GP at Assen. He just missed out on the title but had shown he would be a force at the beginning of the 1990s.

Yamaha introduced further updates to the YZR500 in 1990 and Rainey made the best start possible to his campaign, winning the Japan GP at Suzuka and then in front of his home crowd again. That season, he would claim eight wins and score podiums at 15 of the 16 rounds to claim his first world title with Yamaha, fending off long-time challenger Schwantz.

The 1991 season brought another six wins and a second world title, which he won at the Bugatti Circuit in Le Mans with a round to spare, again finishing off the podium just once in his 14 starts.

After a tough start to the 1992 campaign, many of the title contenders, including Rainey, suffered with injuries and inconsistent results, but the American managed to do enough to take a third consecutive world title, matching compatriot and fellow Yamaha legend Kenny Roberts’ streak.

He was in contention for a fourth championship in 1993, with just five points separating him and Schwantz ahead of Misano. While leading the race, Rainey crashed and suffered serious spinal injuries, which saw his career as a rider come to an end.

After that, Rainey had a brief spell as Yamaha’s team boss in the world championship but now heads up AMA Superbike Series promoters MotoAmerica.